The Royal Museum of Berlin has commissioned excavations in Pergamon – an archaeological site in present-day Turkey. The city experienced its heyday around 200 BC when it was the most important port in the Ancient Roman province of Asia. As archaeologists, your goal is to get as much research funding as possible in order to finance excavations in Pergamon. You will unearth pieces of antique vases, jugs, bracelets and golden masks from the first five centuries BC. By piecing together matching artifacts, you’ll build collections that can be exhibited at the Pergamon Museum. The player who exhibits the most valuable collections and gains the most recognition by the museum’s visitors (in the form of admission tickets) wins the game.

Pergamon is a 2-4 player game of competitive archeology. Outsmart your rivals to make sure you get the funding you need, and create the best exhibits in the Museum. In the end only one will be remembered as the best of the best.

Pergamon (Second Edition) features several improvements made to the game including revised rules and upgraded components. 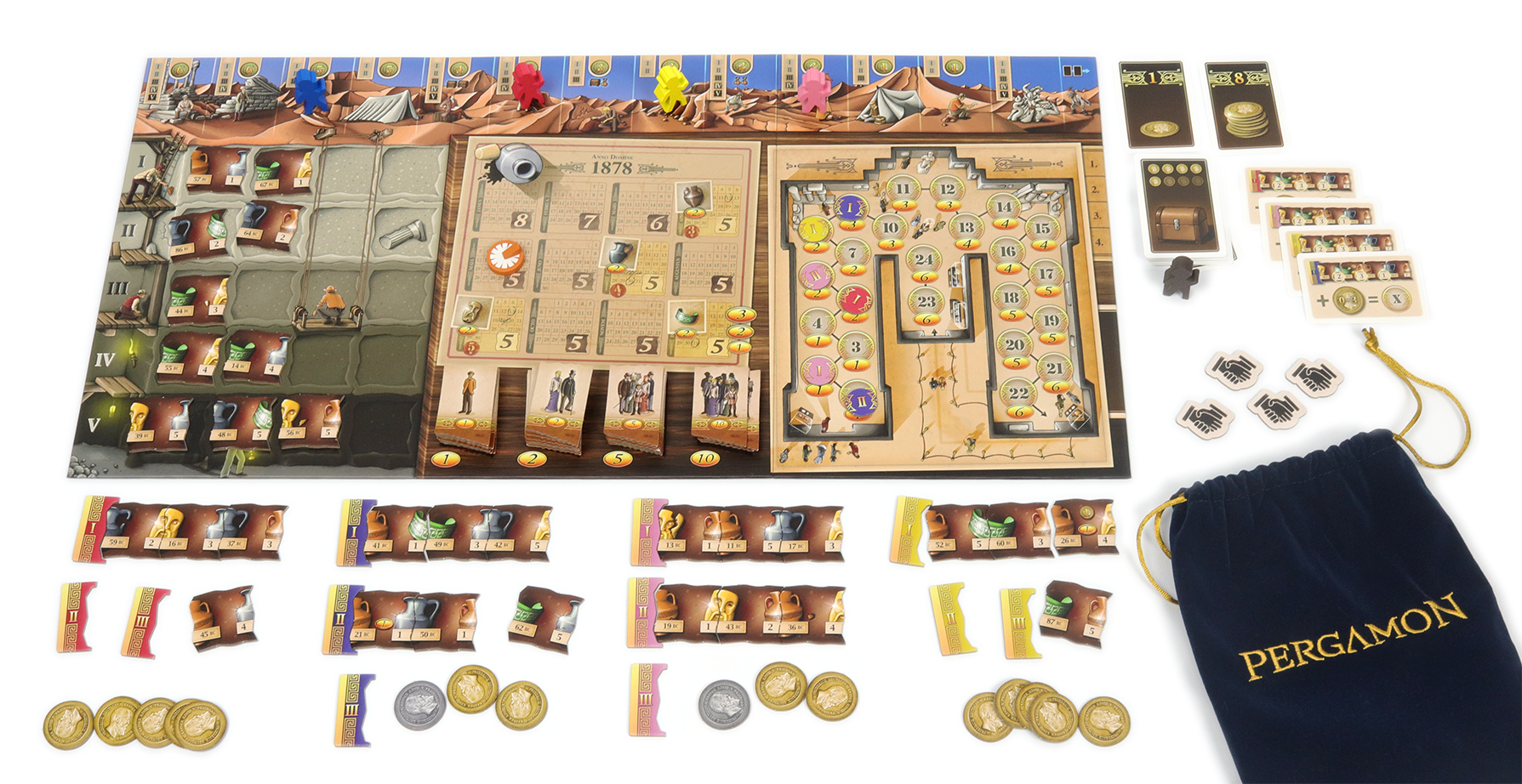